By the time you get this in the west around 10:00 AM there, it is around midnight of April 30th, and in just a few hours we will take a ride by car then catch a train to Sydney International Airport and we will be on our first flight back home, starting first with an overnight in Tokyo, Japan.

And the confusion or weirdness begins. For our long travel back from the future into the past begins. I am not looking forward to the long flights, time changes and the dreaded jet lag from passing back into yesterday, sixteen hours later when  we have already lived in your tomorrow. I’d love to click my heels three times and have it over.

As we leave The Land Down Under as many pronounce it here OZ-tralia, it does feel somewhat like we are not in “Kansas anymore,” like Dorothy said to Toto. Our time here has been wonderful, but as Dorothy also said to Toto…

But until we get back to yesterday, today, it’s Pretty & Cool or Pretty Cool Part III! 🙂 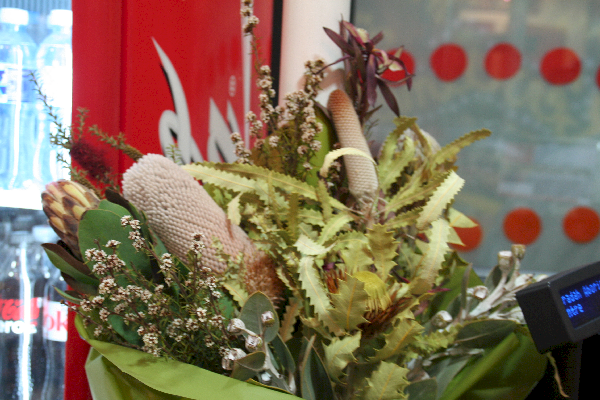 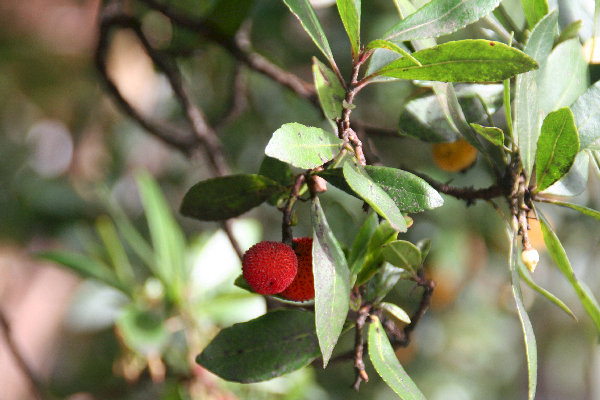 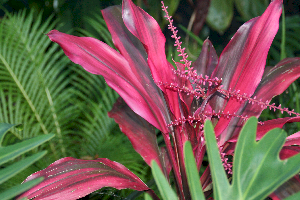 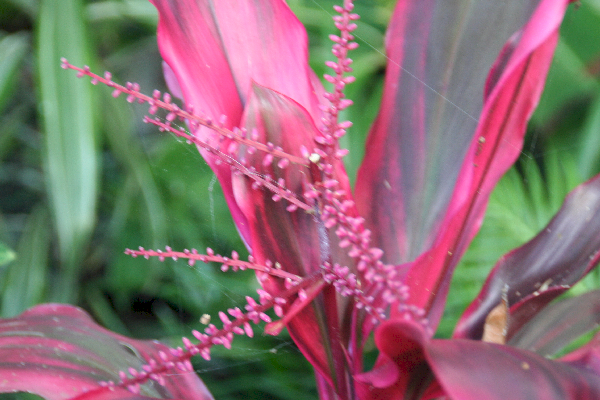 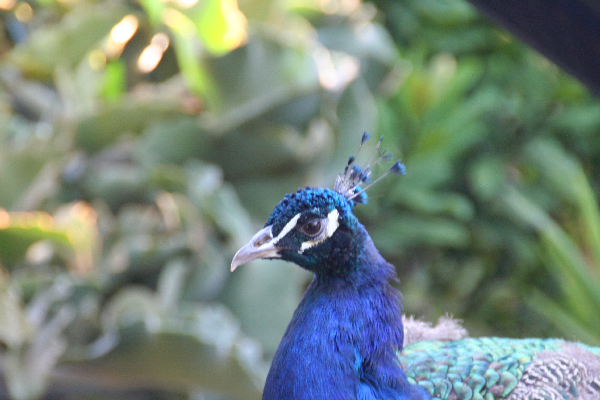 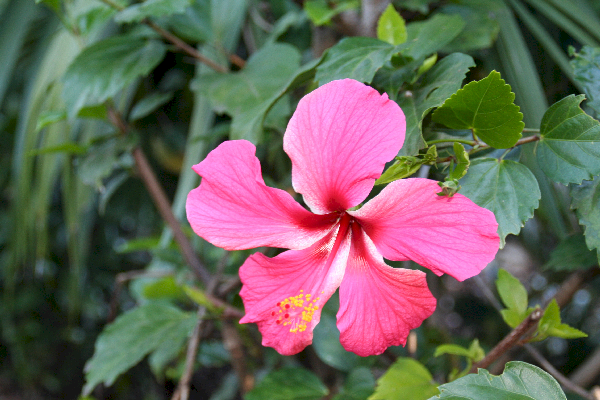 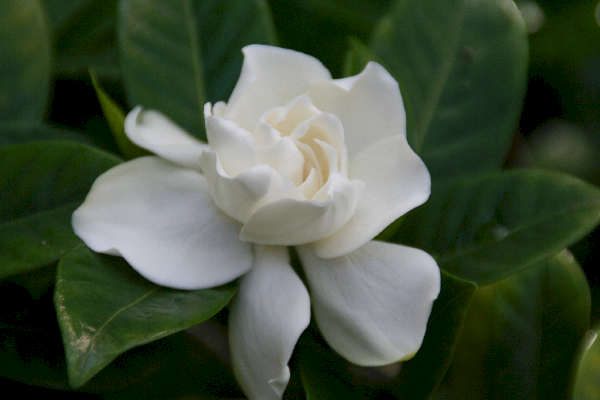 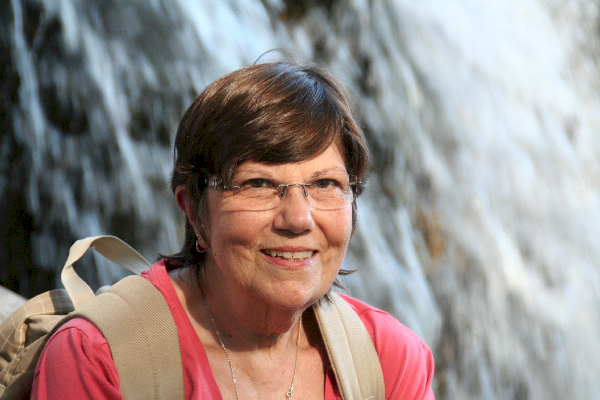 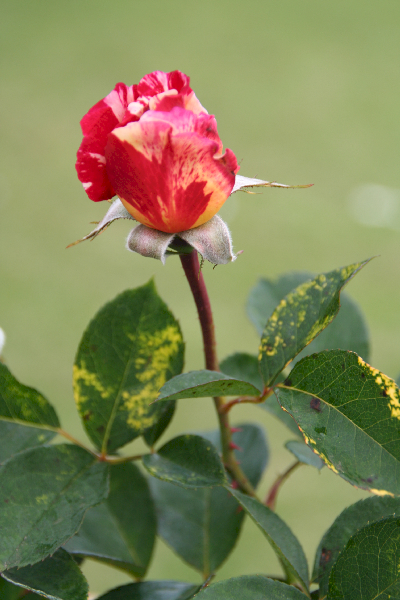 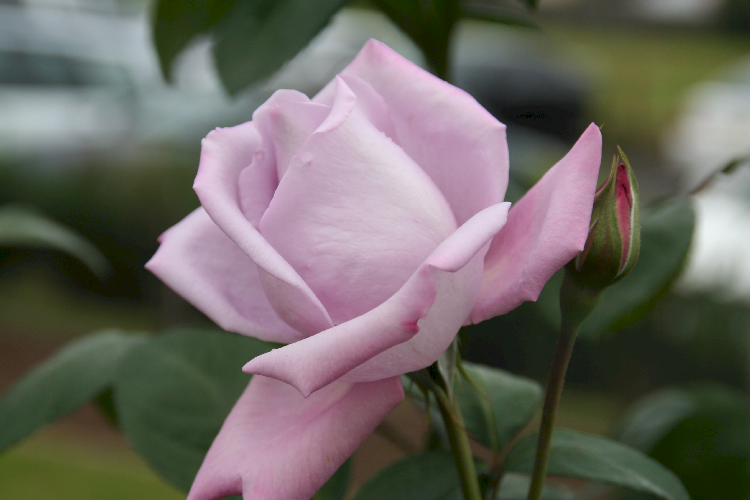 The Money Tree, in a Park Outside of Camden, NSW, Australia

Pretty-Cool Whatever it is, The Blue Mountains, Katoomba, NSW, Australia 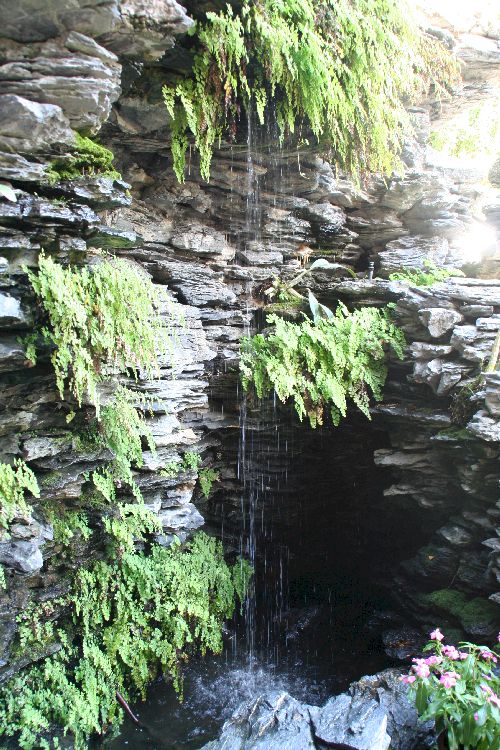 By 10:00 AM in NY (eastern standard time) today,April 28, 2014 it is midnight of the next day here in Australia (April 29th. Hopefully, I am asleep, for when we arise, it’s packing day, for tomorrow morning we will be leaving the ‘Land Down Under,’ for Japan, and our trip home.

So I, like Tooter Turtle  will call upon Mr. Wizard the Lizard to get us safely home.

Tooter Turtle (sometimes spelled Tudor or Tutor) was a cartoon about a turtle that first appeared on TV in 1960, as a segment, along with The Hunter a detective dog, as part of the King Leonardo and His Short Subjects program. “Tooter Turtle” debuted on NBC, on Saturday, October 15, 1960, and ran for 39 original episodes through July 22, 1961. These episodes were later rerun as backups on other cartoon shows,[1] but no more original episodes were made.

The plots followed the same general format. Tooter (voiced by Allen Swift) calls on his friend Mr. Wizard the Lizard (voiced by Sandy Becker), an anthropomorphic lizard wearing wizard cone hat, robe, and pince-nez eyeglasses. Mr. Wizard lived in a tiny cardboard box at the base of a tall tree. The introductory segment had Tooter knocking on the cardboard box, having “another favor to ask.” From inside the box, Mr. Wizard would shrink Tooter small enough to enter through the box’s front door, and invite him in. Mr. Wizard has the magic to change Tooter’s life to some other destiny, usually sending him back in time and to various locales.

Mr. Wizard sending Tooter Turtle somewhere in the past, present or future

Tooter Turtle being brought back

As Tooter is doing his destiny, Mr. Wizard narrates about it. When Tooter’s trip finally became a catastrophe, Tooter would request help with a cry of “Help me Mr. Wizard, I don’t want to be X any more!” where X was whatever destiny Tooter had entered. Mr. Wizard would then rescue Tooter with the incantation, “Twizzle, Twazzle, Twozzle, Twome; time for this one to come home.” Then, Mr. Wizard would always give Tooter the same advice:

Anyway, back to your present and ‘Pretty & Cool’ or Pretty Cool Part II 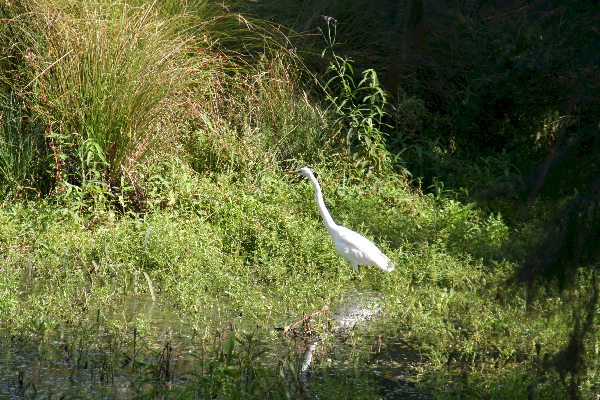 A Pretty ibis in an habitat reserve nearby 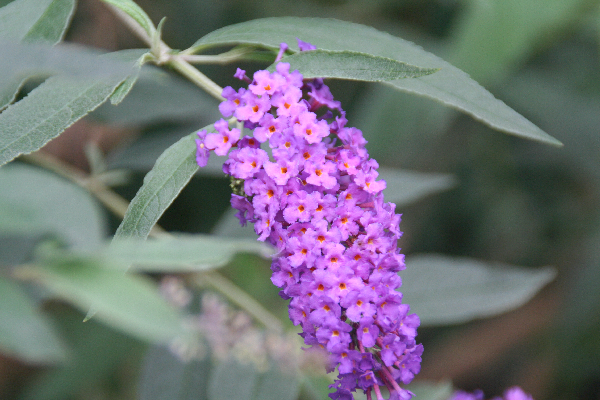 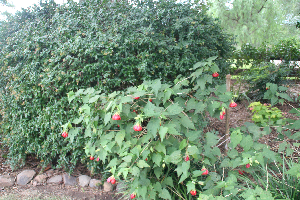 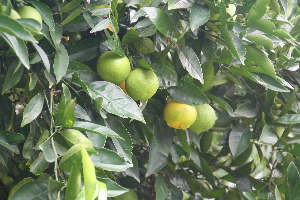 Pretty Cool Display and sculpture made out of wood, inside store, Camden, NSW, Australia 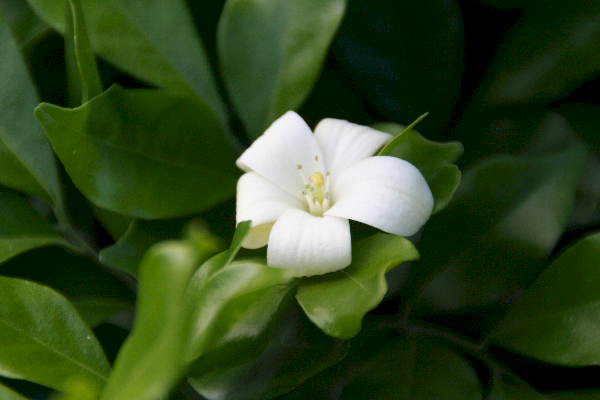 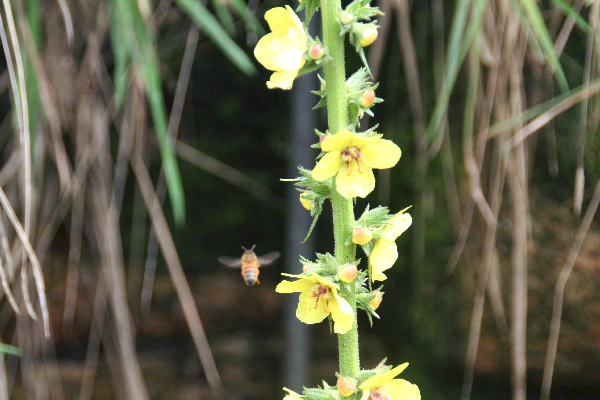 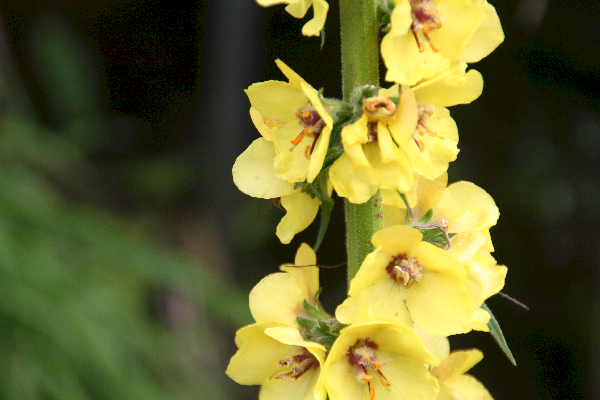 As you are waxing on your Sunday, our is waning in Australia. Soon it will be Monday here. We have only two days left until we leave early Wednesday for our flight to Tokyo, Japan on April 30th. After an overnight night there, we will take a flight to Chicago, IL, U.S.A. on May 1st, fly through yesterday and still arrive on May 1st, catch another plane and be in Rochester, NY around 2:15 PM est, on May 1st. Then it is about a 45 minute drive and we will be home!

This has been an incredible trip to Japan & Australia! There is so much from both countries I still want to share with you.

While still in Australia there was so much more I wanted to share, but the time fails me. I have taken thousands of pictures and many of them are acceptable to my very critical eye. But with the laptop I  have been using, problems with my camera, lack of software and other issues, I have been severely limited.

But there are places we went and things we did that I want to share and will, somehow in the future. Here is just a partial list of content I have not posted yet:

• Belgenny Farm (the birthplace of Australian agriculture)
• Out N’ About Sydney, Australia
• Beautiful sunrises and sunset
• Paddy’s Market (downtown Sydney shopping district
• More about Camden, Australia
• Our ferry boat ride in Darling Harbor, past the Sydney Opera House and underneath Harbor Bridge
• Susan’s & Caitlin’s High Tea
• Sea Life Sydney Aquarium
• Taronga Zoo (truly a world class zoo in Sydney. I have so many pictures of animals and we proabably only saw 1/3 of the zoo)
• And so much more!

So, I have loaded over 60 pictures of just what I call in the post, Pretty & Cool or you could also just think of these as pretty cool! 🙂 But these are pictures taken over the month that we have been in Australia. The are pictures of flowers and plants mostly found here. Most of these I do not not know their names are really much about them other than, there are just to me, Pretty & Cool! 🙂

So I will pre-schedule 3 posts for the next three days (including today) and post about 20 or so pictures for each day with some simple captions with descriptions.

If I get an opportunity to post anymore before we get home to The Gathering Place, I may? I will try and continue posting about our trip when we get home ASAP. But, we have much to do when we get home for the month of may and June, but I will do the best that I can, when I can.

Thank You for your patience and understanding. 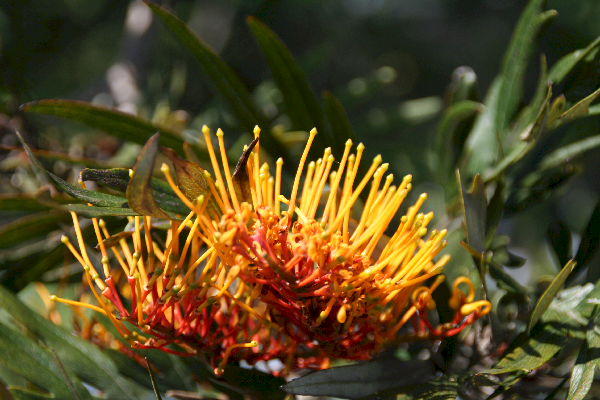 A rose of many The Rose Cottage, Camden, NSW, Australia 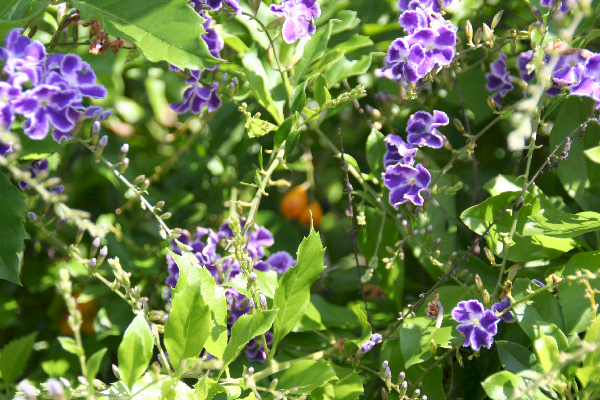 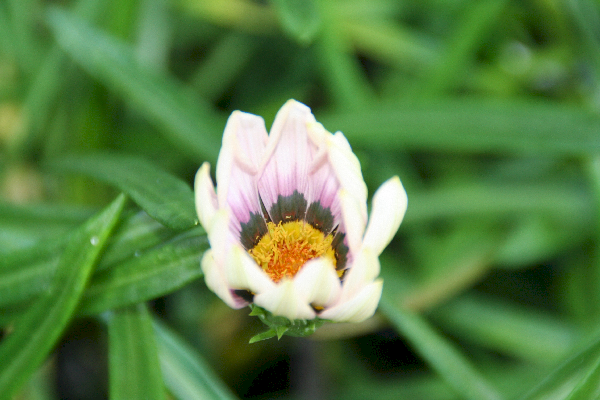 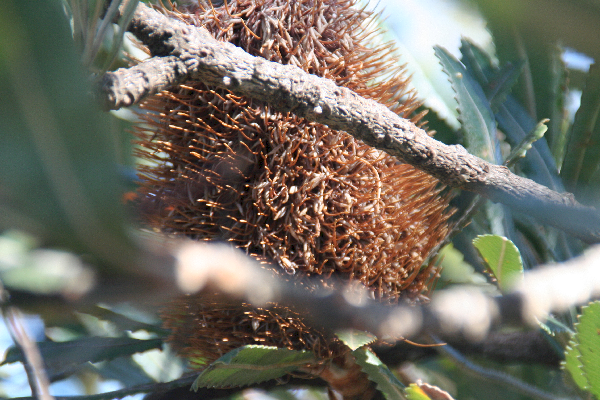 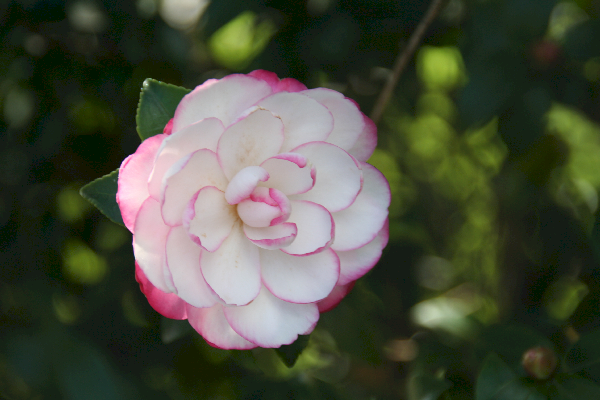 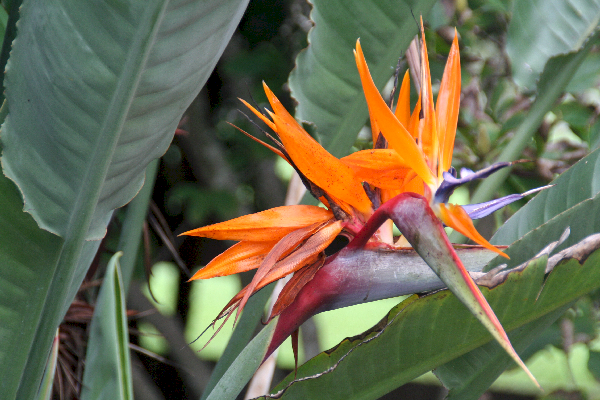 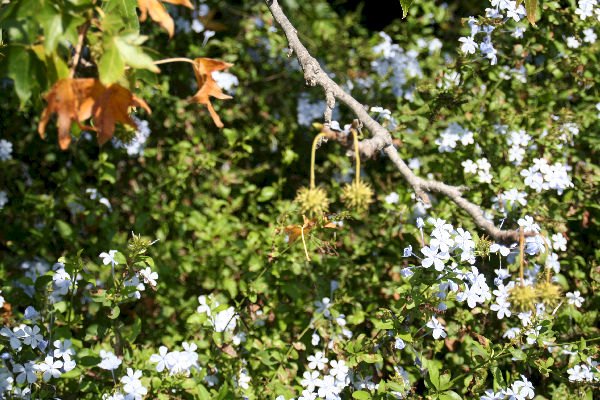 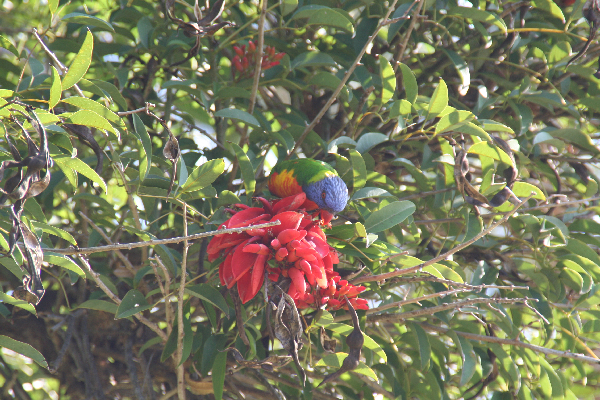 This cactus at the end of the street, budded shortly after we got here. There must have been over a 100 buds. Only 1-2 blooms

Closeup of bloom and buds

All the buds and 2 blooms disappeared. This little red I saw the morning of 4/26/14